On or around the 15th of February, we started to field calls from NAB clients who were experiencing errors when attempting to do manual bank transaction import via the Transaction History CSV download. 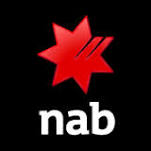 We have done extensive testing and found that the issue occurs well before any involvement with Phoenix or Phoenix Live.  We have written to NAB and have been advised that it is a known NAB Internet Banking issue. They hope for it to be rectified early in April.

We have tested using one of our own accounts using NAB Internet Banking in Chrome, Firefox, Microsoft Edge & Internet Explorer on different PC’s.

In our testing using the various browsers:

Chrome: Tested on 3 different machines and the dates appear correctly.  We have had feedback from users is who have seen ‘Invalid date’ in the date column when using Chrome however.

Firefox: Tested on 4 different machines, mixed results of the Date column showing ‘Invalid date’ on 2 machines & on the other 2, the day & the year is swapped for any transactions after the 18th of the month.  Prior to the 18th the dates appear correctly though.

We have provided NAB with sample copies of the CSV files from our testing.

Recommendations: If you are experiencing this issue, please contact the NAB support line 1300 651 656 and direct the support analyst to this article. Unfortunately, the AGDATA Support Team are unable to help you with this issue because it is outside of our control.